is a blonde woman renowned for her large breasts. She makes no efforts to hide them, wearing loose-fitting robes that expose much of her cleavage, using them to try to win over male characters, and using them as a topic in casual conversation. She is very carefree and lazy, usually avoiding the jobs of a lieutenant so that she can sleep or go drinking.

She is the Vice Captain of squad 10 her Captain Toshiro Hitsugaya. Unlike her Captain, Rangiku does not take her work seriosly. Rangiku became lieutenant of the 10th Division. Despite that fact, it is known that she was the one who convinced Tōshirō Hitsugaya to become a Shinigami by confronting him that his leaking reiatsu was the cause of his grandmother's sickness and why she was getting thinner.

Expert Swordsmanship Specialist: Rangiku shows a great proficiency in wielding her zanpakutō. While she can obviously hold her own in a fight her skill in the wielding of her Zanpakutō comes from her mastery of its special ability. Through sheer imagination in conjunction with her zanpakutō's special ability, Rangiku has become skilled at taking on large groups at once.

Flash Step Expert: Rangiku's flash steps are great enough to keep up with her captain, but is most likely her skill at it is of the same level as most lieutenants. Her skill has proven great enough to easily out-maneuver Arrancar capable of fighting at lieutenant-level skill.

Kidō Practitioner: As a lieutenant, Rangiku seems to have a understanding of Kidō spells at least enough to identify them upon sight. Though she is not a common user of the art she has been seen capable of using Bakudō spell #57.

Enhanced Strength: Despite her highly feminine appearance, Rangiku has shown herself to be deceptively strong. During her battle against Nakeem Greendina, she was easily able to hold back the large Arrancar's stomping foot with a single hand. 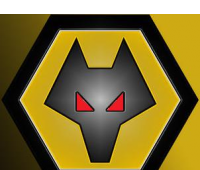